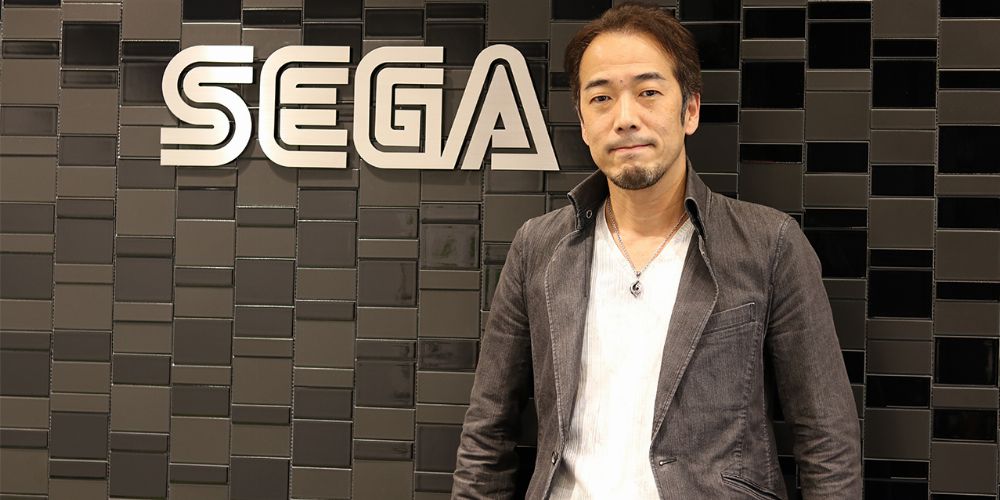 Gameblog: The number of yakuza members in Japan keeps decreasing as the Japanese government has (logically) made life difficult for yakuza clans. Is that why the Tojo clan and Omi alliance are dissolved in Yakuza: Like a Dragon? Will yakuza stories and wars not be part of the plot of future Yakuza games?

Daisuke Sato: You seem to have a good understanding of what's going on here. It is a work of fiction, but as you mentioned, Yakuza games are set in modern day Japan, so we do consider current events when developing the games. The Tojo clan and Omi alliance dissolving reflects that. I can't go into detail about upcoming games, but while the Tojo clan and Omi alliance are the 2 biggest yakuza clans in Japan (in the games), there are other yakuza clans out there that are not under the umbrella of these 2 organizations, such as the Yomei alliance in Yakuza 6 and other organizations in Hokkaido and Fukuoka that make an appearance in Yakuza 5. These groups are not a part of Tojo clan or Omi alliance.

In hindsight, do you regret switching to a turn based RPG gameplay with Yakuza: Like a Dragon? If so, why? Or do you think it was the right decision? What does your data show about the player's reaction to the change?

Right now, I feel that this switch was the right decision. The game was released in Japan & Asian territories about a year ago, and has been about 3 months since the Western launch in November of last year. Before the launch, there was some negative sentiment from longtime fans surrounding the switch from an action to turn-based RPG battle system, especially in Japan. I think people were hesitant to the idea of the game changing. We were a bit taken aback by the negative reaction from fans, but we were very confident in the genre change, and that negative sentiment transformed to a positive one after the game launched, so we feel it was the right decision now. 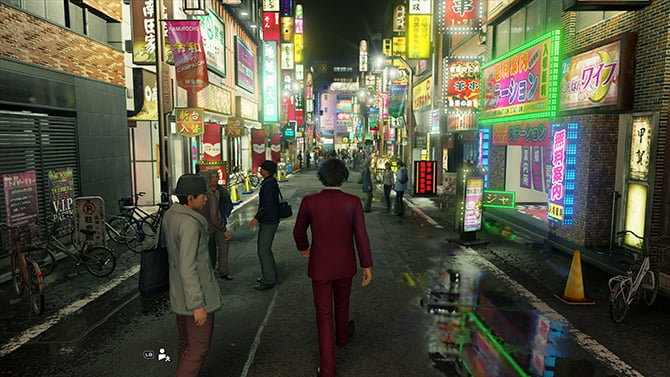 Is the Yakuza series now a turn based RPG series for good? Or do you see yourself switching between the two styles of gameplay (not counting Judgment which is its own series)?

I can't say if it is a permanent change or not at this time. Just like we decided to switch the genre up for this game, as the series progresses, we may run into a situation where we should change the genre again. We actually thought about a system that switched between the 2 types of gameplay styles for Like a Dragon, but after further consideration, we decided it wasn't the right move. Please stay tuned for what's to come for the next game.

The Yokohama map in Yakuza: Like a Dragon is pretty big. Have you ever thought about making the Kamurochô/Shinjuku map bigger?

I have thought about it. However, we always end up deciding that making a whole new city would be more appealing than expanding an existing location, so it has never happened (laughs). We may revisit that expansion idea if the game design or story calls for it.

Judgment and Yakuza are set in the same universe. Would a crossover between the two franchises be possible? Could well known Yakuza characters show up in a potential Judgment sequel?

I don't think it will be possible within the mainline numbering titles of each of the franchises. Judgment shares the setting of Kamurocho and certain organizations like the Tojo clan with the Yakuza series, but both are their own individual franchises. If we ever make some sort of spinoff collaboration title between the two, maybe it could happen.

Will we ever see Akiyama again?

Who knows? I can't say for certain that you won't see him, but I also can't say you will either (laughs). I think we may see him someday if the fans are willing to wait.

Ghost of Tsushima has shown that Western players are interested in games taking place in Medieval Japan. Do you regret not releasing Kenzan and Ishin in the West? Has your stance regarding those games changed since Ghost of Tsushima's release?

Even long before Ghost of Tsushima, I did want to release "samurai" games like Kenzan and Ishin in the West. Unfortunately, after Yakuza 0, we were very busy with remastering the numbering Yakuza titles for the PS4, so we missed the opportunity to work on some of these other games. However, if anything, Ghost of Tsushima has helped Western gamers become more interested in samurai, so I should think of it as now is a more opportune time to release these titles. 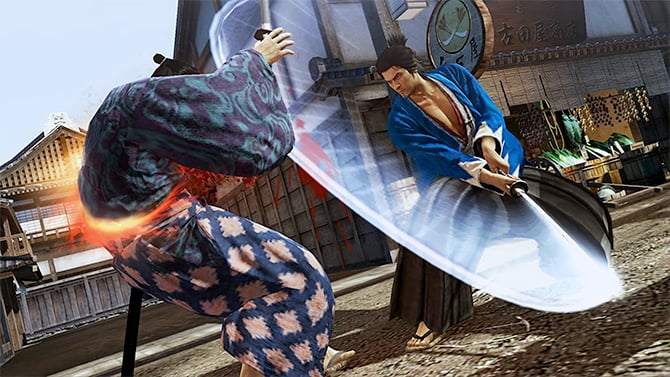 I interviewed you when you came to Paris for Japan Expo. And back then we talked about Binary Domain which was a third person shooter. Does the Ryu Ga Gotoku Studio plan on creating more non-Yakuza games with various gameplay types?

I think for the most part, we'll keep to the genre that we're good at. However, that doesn't mean we'll only make action adventure games, and we'll make decisions based on what genre best fits the game we're developing. As seen in Like a Dragon, we switched the battle system from action to turn-based, and the genre to RPG. This was because Ichiban Kasuga isn't the type of protagonist to fight alone and the story followed him and his friends to go from rags to riches together, which translated better as an RPG in which you team up as a party to fight. TPS was also the genre that best matched Binary Domain. For RGG Studio, the dramatic story is at the center of everything, so the genre is then created to best match how that story flows.

Speaking of Binary Domain, would it be possible to have it become backward compatible and playable on the Xbox Series X|S?

Personally, I'd really like to (laughs). If possible, I'd like to make a few changes that I didn't quite get to back then and maybe redo some parts, too.

For a lot of Yakuza fans, the games are a way to visit Japan and experience Japanese culture. Have you ever thought about creating a Virtual Reality Yakuza game/experience that would allow gamers to "walk" the streets of Kamurochô?

Yes we have. In fact, we actually created one as a test. It's pretty fun to walk around Kamurocho in VR. We haven't really gotten to the point of making it into a game, though. 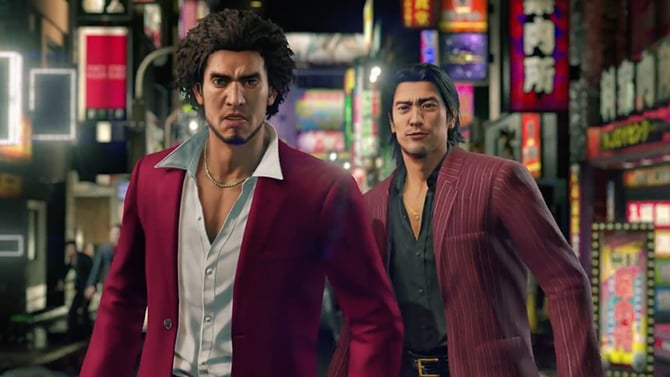 Have you ever thought about creating a Yakuza game that two players would be able to play in coop?

Yakuza is they type of game to enjoy by yourself, so we haven't thought of making it into a co-op game. We don't want to add any features that will force people to connect with other players, but adding some kind of light online play may be something I'd want to try out.

Xbox players have recently been able to discover the Yakuza series. According to your data, which episodes do Xbox players seem to play/enjoy the most?

I don't have detailed data on this, but I often hear that people seem to enjoy Yakuza 0 the most, although each player has their own favorite numbering title. I've also heard that there's many people who consider the latest Like a Dragon as their favorite.

Yakuza games have found a balance between serious storylines and humorous side quests and mini-games. Because of Ichiban Kasuga's personality, Like a Dragon may have had more humor than previous games? Was that choice made because of things that Western players liked about previous games (like Nugget the chicken from Yakuza 0)? Aren't you afraid of losing the balance between drama and humor that made the series famous?

As you mentioned, perhaps having Ichiban Kasuga as the protagonist has resulted in the increase in some humorous side stories. I think that has a lot to do with his personality, like these comedic situations seem to fit him well. Even if they met the same side character, how that encounter unfolds will naturally differ for Kiryu and Ichiban. Nugget's popularity was definitely unexpected, and we do use him as reference in the creative process for games that came after that. 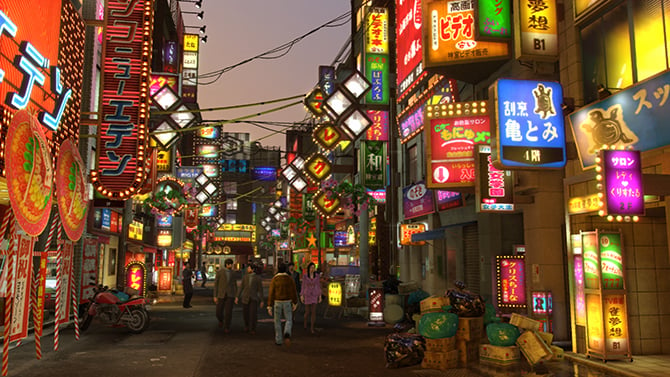 Games like Yakuza 0, Kenzan and Ishin didn't take place in current day Japan? Which other time periods would you like to show in a Yakuza game?

Personally, I think it be fun to show somewhere right in the middle of the Sengoku period (period of warring states), the age of Gunyukakkyo (age of rivalry between warlords), or sometime right after World War II when the yakuza were born.

You often talk about your experience during Japan Expo in Paris in interviews or during live streams. Did you enjoy your time in France and what do you remember about the experience?

Unfortunately, I didn't have too much time to sightsee, but the food at the bistro that one of the staff members that was originally from France took us to was very delicious. Also, the croissant served for breakfast at the hotel I stayed at was amazing. I feel like if they sold that croissant in Japan there would be people lining up in long ques to buy it (laughs). The city was beautiful, and I'd like to visit again someday.

Looking back on my career as a game creator, I think I felt most fulfilled during those times as a director. Of course, being a producer and in management are both worthwhile and satisfying, but concentrating all my energy on just pure game creation as a director, even with all the hardships I faced, was very enjoyable. I definitely have the desire to do it again, but it'd be quite difficult since I have so many other responsibilities right now. I also have some ideas for games, but that's a secret (laughs).