With Update 4 we have added the first two permanent flying mounts into Vanguard. Griffons and wyverns are now available for players to attain. Head to Southwatch to begin the griffon quest and to Ancient Port Warehouse for the wyvern.

Also featured in Update 4 is a revamp to the riftway system. At level 10, once arriving at the first outpost after the newbie experience, the player will encounter the first riftway stone. These riftways are placed within all similarly leveled outposts, and are available immediately as options for travel. In addition, there will be a quest-giver at each riftway with 'region introduction quests', giving an overview of what content is to be found in each region as well as a delivery quest to visit a main quest giver in that region located near the riftway.

Riftways will be tiered and color coded by level range and each tier will take a different amount of coin to travel. This will ensure that lower level players should always be able to afford to get to where they need to go while at the same time not trivializing the cost for higher level players.

These two updates go hand in hand, because one allows us to do the other. First, we have done a lot of optimizations to player characters. By eliminating some of the extra bones that only affected minor, barely visible things in places such as the face we were able to add visible helmets - which would have otherwise been interfered with by those extra bones. The end result is slightly less customization in the facial area (but nothing drastic), better performance for the character models and brand new visible helmets.

Many years after being driven into hiding by his murderous brothers, Fengrot Foulbreath has emerged from his slumber beneath the stagnant waters of Thelaseen. Although diminutive compared to his brothers, Fengrot makes up for this by being twice as cruel and ill-tempered as any of the other Sons of Torsheim. Having made a pact with Krigus, spirit of disease and decay, Fengrot hopes to use the spirit's power to destroy his most hated enemy - his brother, Torkald Who Mourns.

With GU4 the Druid, Necromancer, and Dread Knight class adjustments go live. The Shaman Patron quest change also goes live. Here are the details for each area and information on what we would like to test.

The druid's dps has been increased and the class focus has shifted toward using Phenomena much more often than previously. We want the class to function by using Phenomena roughly 30-40% of their casts. We accommodated this by lowering phenomena costs over all and by reducing the level and refresh time of Hierophant's Boon.

The main goal of testing the druid is to find if the new dps is satisfactory and if players feel that the use of Phenomena is acceptable and reaches our goal. Also players should be looking to see if there are any bugs or if there is anything that is on test that does not match the patch notes. Feedback regarding these changes should be given to the Druid class lead or posted on the forums.

The main focus of the necromancer adjustments was to fix bugs, focus the abilities and to make the selection between Wraith and Lich meaningful. We accomplished this by fixing bugs (obviously) and adding two new abilities to the class. Each choice has been given a unique ability. This unique ability grants bonuses to the strength of that form. For example the Wraith ability, Ghastly Revenge, makes all direct damage spells the necro has stronger when used.

The main goal for testing these changes is to make sure that the bug fixes worked properly, there are no new bugs and that the buffs granted by the new abilities are substantial enough to make the choice interesting. Feedback on these changes should be given to the Necromancer class lead or posted on the forums.

Along with warrior and paladin changes, the dread knight was given a weapon preference. Dread Knights have had several adjustments to allow them to tank while wielding a 2 handed weapon. This will grant them higher dps and increased threat generation while tanking. Bug fixes and ability focusing were minor focuses during this pass.

When testing be sure to note tanking stats such as hate, mitigation and block value to make sure that you can still successfully fill your role. Also, be sure that the abilities changed reflect the patch notes correctly. Feedback on these changes should be given to the Dread Knight class lead or posted on the forums.

The shaman patron quests have been redone and an option to deselect a patron and select a new one is now available.

Please focus on completing this quest, unselecting and reselecting your patron. We would also like feedback on the quest usability and prices of the respec totems. Feedback on these changes should be given to the Shaman class lead or posted on the forums.

Veteran Rewards have been added to the /claim window. Rewards include titles, special items (such as vanity pets) and a set of furniture to place inside your house. Veteran rewards are available for players who have had active accounts for six months or more. Additional rewards are available every two months after that. Enjoy!

Refund points are now purchasable from adventuring and crafting trainers. Each point now refunds all of your allocated points up to your current level. Your first refund is free, all refunds after that increase in price. To help with allocation we have added a max button to the attribute section of the character sheet.

Here are the costs to respec:

A good deal of time this update, especially for the programming department, has been spent fixing bugs. We tried to target issues that fell into one of two categories. First we obviously wanted to make sure any game breaking issues or bugs were fixed but after that we tried to focus on getting rid of as many small, annoying bugs as possible. Usability is a big focus, and we want to make sure the play experience is as seamless for players as possible. A full list of our bug fixes can be found below.

All harvesting nodes now use a tier specific labeling on their names and a consistent look regardless of rarity. They way they spawn has not been adjusted. The new display names are as follows

Flying mount masters are located near each rift point and have had their costs scaled based on the riftway near them. Their flight times have also been reduced.

Common rarity has been changed to uncommon for any items above 20.

Uncommon and higher items that drop off of named NPCs have had a bump up in power.

All quest rewards have had a bump up in power.

All attuning dusts are now available for purchase on exotic goods vendors.

All named and bosses with placeholders will now spawn more often.

All named drops are now BOP and no longer deconstructable.

Please when you see this on test take some time to try out these changes and give us some feedback. We will try to update test as much as possible before the update is ready to go live. We would also like to schedule some focus testing next week, I will post details once we know when.

The development team has fixed a great deal of bugs with this patch, more than can be included in this preview. Below are some of the bugs that have been corrected, and should be tested on the Test server:

Sigil droprate has been increased slightly. 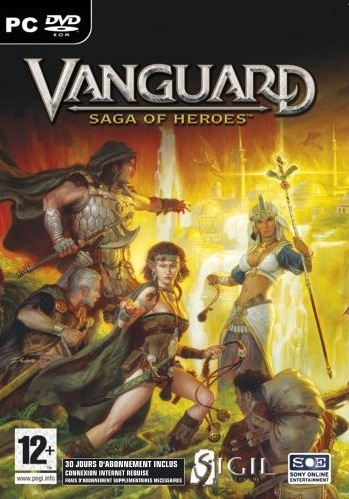